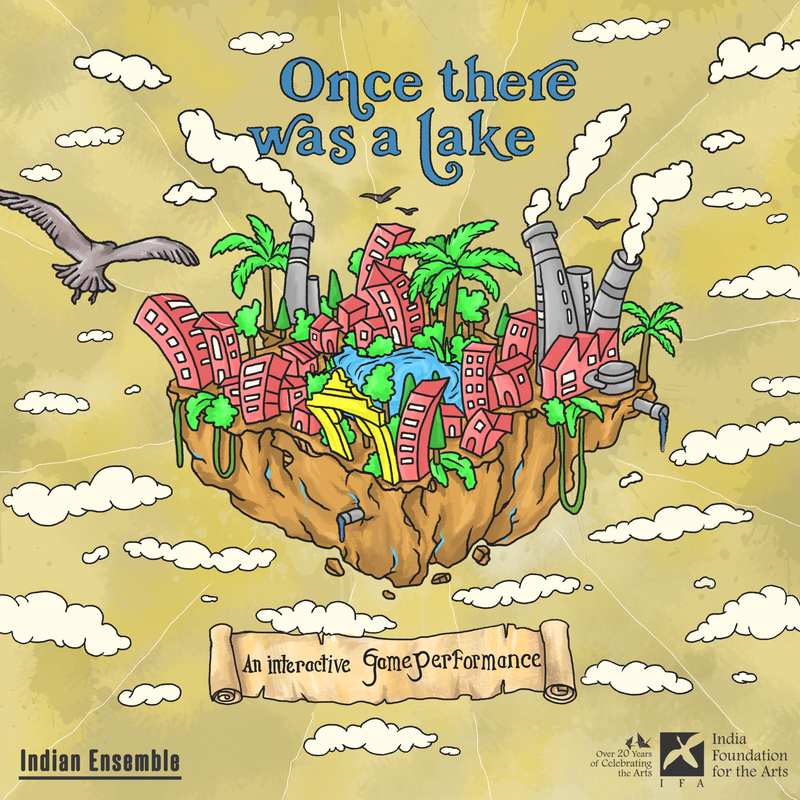 The degraded condition of the lakes in Bangalore city is the environmental problem that we want to highlight through this project. The invitation to the audience would be to protect, revive and transform a common space in the city - the lake - which has dried up, been encroached upon and is filled with waste generated due to rapid urbanisation. The inspiration for this game comes from one such successful story of the revival of the Kaikondrahalli Lake on Sarjapur Road. The residents of the neighbourhood alerted the municipal authorities and held them responsible in order to resuscitate the lake which had been a landfill before they intervened.

The transformation of the site from debris to a lake with walking tracks, amphitheatre and a government school is a fascinating story about the ways in which we can imagine urban commons in the future. Bruhat Bengaluru Mahanagara Palike (BBMP) is in the process of rejuvenating more lakes in the city with constant help and push from citizens. This compels us to ask the important question - what role does the community play in urban planning. This opens up inquiries around how different pressure groups, such as the resident welfare groups, activists, recreational users, land owners, farmers and fishermen, play out their class and stakeholding interests in the formation of the “community” that is affected and impacted by the urban commons or the city spaces self-governed by the public beyond the control of state and market. In this very heterogenous mix,we wants to examine the relationship between commons, communities and commodification of natural resources.

Key Questions:
​
- What role do the commons play in the everyday? Who defines the commons?

- Do we know what constitutes the commons? Are they just limited to parks, lakes and other spaces for public use?

- How are the boundaries of a commons defined and governed in an urban context? Who is included and who is excluded from the commons and by means of what technologies are those boundaries drawn?
​
- How is the commons rendered visible and constituted as an object of government or self-government?

This Project is supported by India Foundation for the Arts under the Project 560 programme.​
​